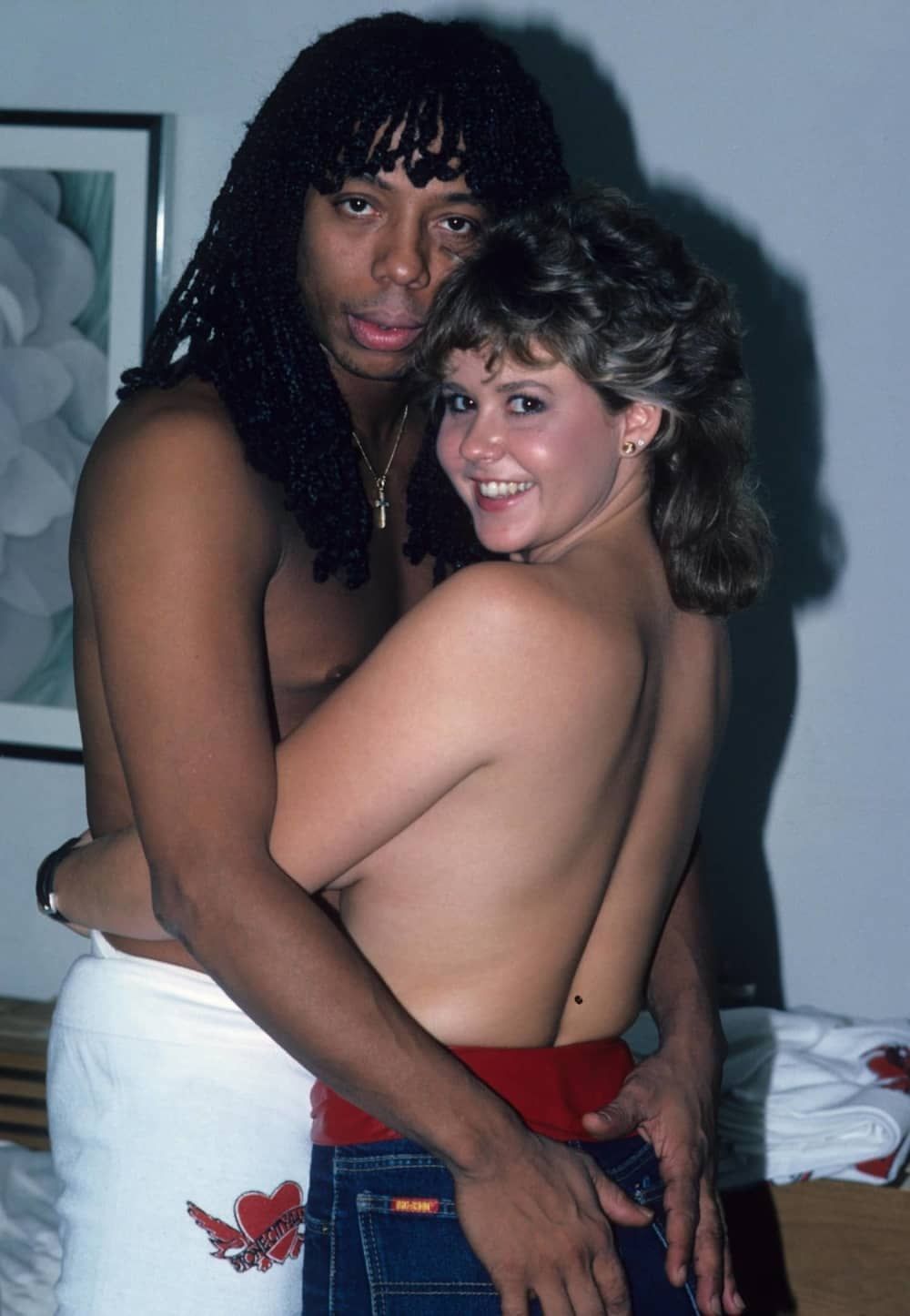 Rick James and Linda Blair (1982) In his posthumously published memoir Rick James says he spent time “getting to know” the actress during a short stint living at the Chateau Marmont in Beverly Hills. Later, he found out that Linda had gotten pregnant by him and had an abortion without his knowledge. His 1983 hit song “Cold Blooded” came from that discovery. “It was about how Linda could freeze my blood,” he wrote. In his autobiography, Memoirs of a Super Freak, he explained:
Actress Linda Blair (The Exorcist) came to Buffalo to see me and I was very happy to see her. A few months before her visit she had called to say that she had-had an abortion, and that it had been my child. She said she was in the middle of shooting a movie and was starting to show, and she didnt think I would care anyway. She was wrong. I did care deeply. I loved Linda and it hurt me that she would choose to abort our child without even wanting to talk to me about it first. I still look back on her choice with sadness and wonder about our baby, and how having that child might have changed me life. One night during her visit, I took her into the studio and we sat down at one of my synthesizers. I was showing Linda how to write a song on keyboards and I started playing. I told her that in composition youre ok as long as you keep playing. Its when your fingers stop moving that youre in trouble. The next thing I knew I was composing a tune about her called, “Cold Blooded.” She was the inspiration for that song.