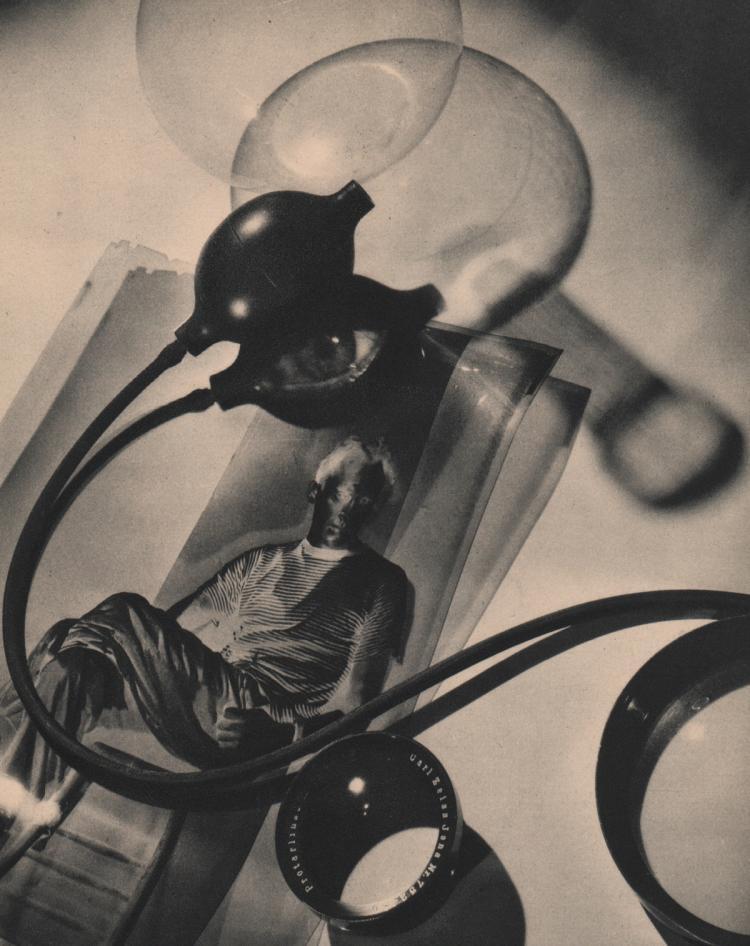 Henry Waxman Self-Portrait 1935. Waxman was a major portrait photographer in the 1920s-1930s. He started in New York and then went to LA to work for MGM and later, Warner Bros. He advertised himself as the official photographer of the Ziegfeld Follies, whom he had shot in 1922. He focused on portfolio shots for aspiring stars, who loved his dramatic flair and retouching.
(via invaluable.com)